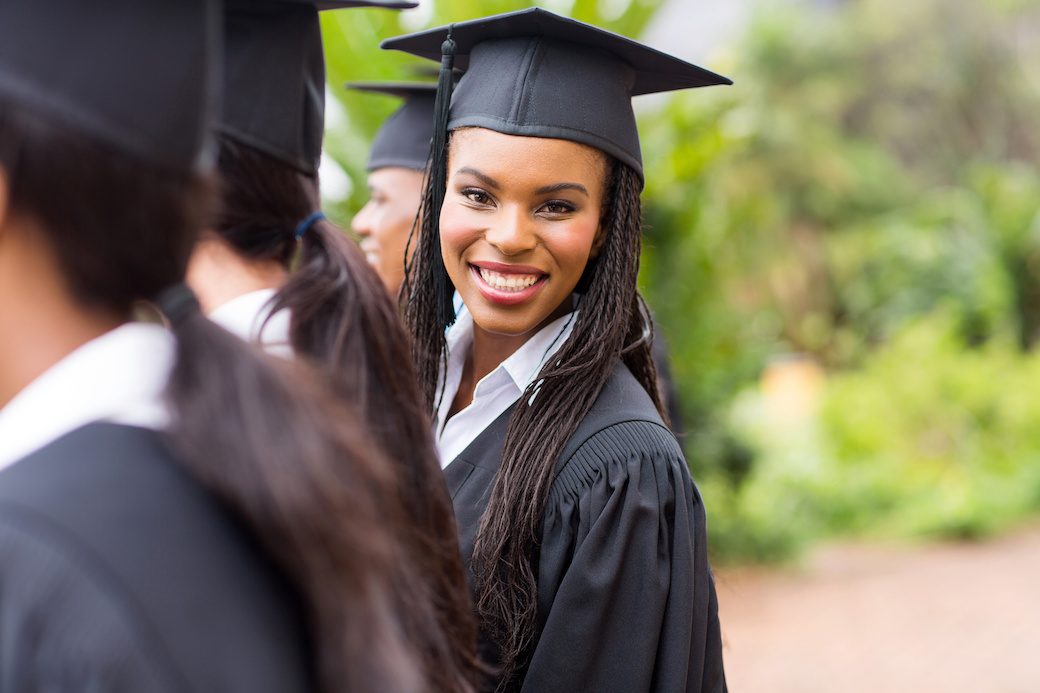 This month’s roundup looks at one beloved predominantly Black college closing its doors. At the same time, another HBCU is reinstated; a sad illustration of racism’s reach when a women’s athletic team is subjected to an invasive and demoralizing traffic stop; and shared smiles as three stars attend commencement ceremonies for three very different, yet meaningful, reasons.

Lincoln College, a predominantly Black college in Illinois, will close its doors on Friday. The college could not raise the millions needed to recover from the pandemic and a cyberattack that originated in Iran.

“The loss of history, careers, and a community of students and alumni is immense,” David Gerlach, the college’s president, said in a statement.

Founded in 1865 and named after Abraham Lincoln, the college had survived the 1918 influenza pandemic, multiple recessions and two world wars.

But, as one college closes, another one’s accreditation is reinstated.

After two decades of work, Morris Brown College is once again fully accredited.

“From my understanding, we’re the first Historically Black College and University (HBCU) to be reinstated after a 20-year hiatus,” said Dr. Kevin James, president of MBC, in an interview with Diverse: Issues in Higher Education. “We saved the institution during a global pandemic. History will say we pulled ourselves up by our bootstraps.

The 141-year-old institution, founded by leaders of the African Methodist Episcopal (AME) Church, lost its accreditation in December 2002 due to financial and debt mismanagement.

Xavier University of Louisiana is also on the cusp of change as the school announced it will open a medical school. A news release states the Catholic school founded in 1925 has graduated more African American students and students of color who go on to receive medical degrees and health doctorates than any other higher education institution in the U.S. The medical school would be at least the third in the New Orleans area and the fifth statewide.

The Mecca had a star-studded commencement ceremony. Actor Anthony Anderson is now a proud graduate of Howard University. The "Black-ish" actor, 51, showed off his new diploma in an Instagram post, thanking his professors and calling it "30 years in the making." Alumna and award-winning actress Tarji P. Henson delivered commencement remarks.

Rapper Common was all smiles as well as he watched his daughter, Omoye Assata Lynn, receive her college degree from Howard University Law School. After the ceremony, Common shared footage from the event on social media with a heartwarming caption about his daughter who graduated in just three years.

Howard’s graduation ceremony wasn’t the only one making news.

Students at an East Texas HBCU received the surprise of a lifetime at their commencement ceremony after Wiley College administrators announced that an anonymous donor had paid for their tuition balances. More than 100 students gathered on May 7 to participate in the College’s 133rd Commencement Convocation.

Finally, Howard’s most famous alumna delivered the graduation keynote at another notable HBCU. Vice President Kamala Harris delivered the commencement speech at Tennessee State University on May 7. The occasion was her first address as vice president to graduates of one of America's HBCUs. She reflected on her experience as an HBCU alumna with TSU's class of 2022.

"You see, HBCUs like this, well, they are a cathedral of education," Harris said. "The value of this education is that it teaches you something very special — that yes, you can be anything and do anything."

The National Aeronautics and Space Administration recently launched an equity action plan with steps to offer more resources and opportunities to faculty members and students at minority-serving institutions. The plan responds to an executive order issued by President Joe Biden last year that aims to promote diversity in the federal workforce.

These efforts “seek to look at areas where barriers may have been unintentionally placed in front of minority-serving institutions and how they engage with us as an agency and what are the ways or strategies or approaches that we can then aid those institutions in being connected,” said Torry Johnson, program manager for NASA’s Minority Undergraduate Research and Education Project.

Speaking of equity, HBCUs have come a long way toward ensuring students have the protections and support they need to truly thrive on their campuses. As legislators propose more bills restricting the rights of individuals across the nation, HBCU leaders and LGTBQ+ scholars and activists are working to shore up HBCUs and make them a safe haven for queer students, faculty and staff of color.

“This is a moment where HBCUs are once again being recognized for the importance that they bring to every sector of this country,” said Gayle in a statement. “The idea of giving back to generations of students through cutting-edge academic programs and facilities, increasing college affordability, raising financial aid support and increasing the endowment, and developing new career pathways and opportunities is what invigorates and excites me about this new role.”

On July 1, Gayle will begin her presidency of the historically Black women’s liberal arts college. She will succeed Dr. Mary Schmidt Campbell, who will retire this year after leading Spelman since 2015.

Howard University announced that it will funnel $785 million into new construction and renovations over the next four years, a record-breaking investment in capital projects for the historically Black university.

The slate of new construction includes a complex for the university’s STEM programs and an academic building that will house the Chadwick Boseman School of Fine Arts and the Cathy Hughes School of Communications. An existing building will be renovated to house the school of education and a chartered middle school — a plan that has some historic significance, said Wayne Frederick, president of Howard. Black teachers in Washington, D.C., were trained in that building during segregation.

The women on the Delaware State University lacrosse team were subjected to a “trying and humiliating” traffic stop in Georgia, where law enforcement used a minor traffic violation as an opportunity to search the students’ belongings for narcotics.

The officers found nothing illegal, and coaches and members of the team — most of whom are Black — and the president of the HBCU have spoken out about the experience in the days since, describing the stop-and-search as racial profiling and a frightening ordeal.

“We are trailblazers, we are literally Black history,” sophomore Breanna Dorway said. “I’m just really excited for what’s in store for us.”

The women say they not only want to compete, but show other HBCU students that they are not limited to major sports like football and basketball.

Speaking of basketball, ​​Fisk University announced their new women's basketball coach. Former University of Memphis star Victoria Crawford takes over a program that went 9-19 overall for the season. Crawford coached this past season at Lincoln (IL.) College; Lincoln announced that the school will cease operations after this semester.