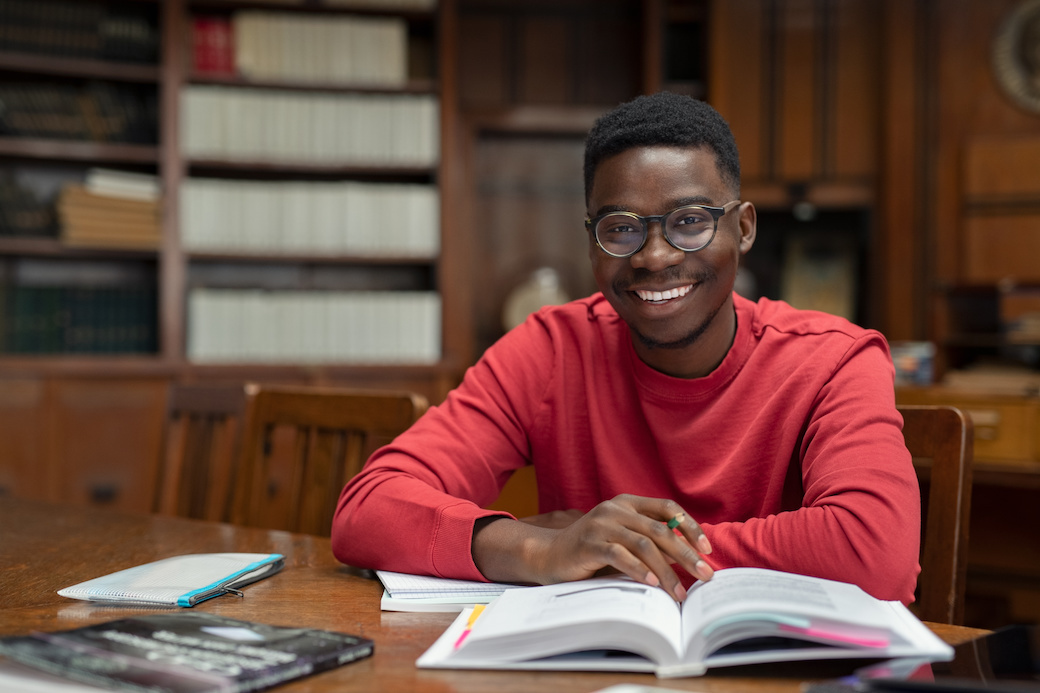 In this month’s roundup, an HBCU gained attention for their gymnastics team, a teenager was named responsible for most of the recent bomb threats towards HBCUs, and Tennessee State’s Marching Band was nominated for a Grammy.

Fisk University has seen a resurgence in attention following the popularity of its gymnastics team, the first at a historically Black college.

The attention came from a TikTok video of the team practicing their routines on the balance beam and performing split leaps on the mat. The 50-second video garnered comments such as “This means so much to me and I’ve never done gymnastics,” and  “I can imagine my future daughter, little cousins, etc going.”

The Fisk University Gymnastics Team is just one example of how social media can help transform the narrative of how HBCUs are portrayed. While national media outlets often include negative portrayals, students and alumni can help shape how these institutions are viewed.

Fisk University Executive Vice President Jans Frederickson is hopeful that this will help rebuild their brand and improve their image following a growth in enrollment. “We’re at an incredibly exciting inflection point…within the confines of what we were dealt, I don’t think we could’ve done any better. But there’s a difference between surviving and really succeeding. I think we have proven that we’re long past survival, but what would it look like to really succeed?”

Following a number of bomb threats that have plagued HBCUs this year, the FBI has identified a teenager responsible for most of them.

The numerous threats have caused wide disruptions ranging from campus shutdowns to distress within local communities. The lengthy investigation has also caused frustration among campus leaders.

The age of the perpetrator has also raised questions regarding consequences. Tanya Washington Hicks, a law professor at Georgia State University, says that a minor can’t be prosecuted under federal law but can be prosecuted under state laws. The perpetrator would also most likely go to a facility for juvenile offenders. Despite this, Washington Hicks says, “the capacity of a minor to cause great harm is not mitigated by their youth.”

Leaders had been vocal about their frustration with the time span of the investigations as well as the communication between the FBI and campus leaders. “Anytime somebody, be they a minor or not, makes a threat to one of our institutions, it’s disruptive to campus activities, classes, and it’s problematic for every school that has encountered this issue. So, to have more communication about the issue on a regular basis would have been at a premium,” said David Sheppard, chief legal officer and chief of staff at the Thurgood Marshall College Fund.

An Investment in the Future

Mastercard is demonstrating its commitment to excellence by continuing to invest in HBCUs through new programs, initiatives and grants as part of a 5-year, $500 million commitment to advance racial equity and economic opportunity.

Through this commitment, Mastercard is hoping to be a part of the development of the next generation of Black business leaders.

Some of the ways Mastercard has demonstrated its commitment to HBCUs include hosting recruitment and financial literacy fairs, supporting Black entrepreneurship and investing in data science for social impact.

Salah Goss, senior vice president for social impact at the Mastercard Center for Inclusive Growth, said, “By investing in HBCUs, Mastercard is intentionally choosing key institutions who we believe can be catalytic in furthering our commitment to ensuring that the digital economy works for the Black community, and for everyone, everywhere.”

Elsewhere, another investment in HBCUs came from Robert F. Smith, CEO of Vista Equity Partners and the richest Black man in America.

Smith wants to help students attending HBCUs and Minority Serving Institutions (MSIs) invest in the stock market through his Student Investment Program. The program will give 500 students across 43 HBCUs and MSIs $1,000 to invest along with investment education beginning in 2023.

“This program uniquely provides the tools, capital, education and community support necessary to equip the next generation to take control of their financial futures,” said Smith.

Ruby Taylor, a double graduate of Virginia Union University and Howard University, created the game “Play Win Invest.” The game is designed to give players important knowledge to be able to grow their wealth, learn to invest and win prizes.

“Black professionals and college students need to be brought to the forefront of our financial possibilities. As corporate conversations around representation and diversity reach stratospheric levels, more action is needed.”

A Series of Firsts

With Grammy nominations announced in November, one HBCU found itself among this year’s nominees, as Tennessee State University’s marching band received its first-ever nomination. The band was nominated for “best roots gospel album” for “The Urban Hymnal,” an album with a celebratory mood with songs like “FLY” and “Dance Revival.”

Band Director Reginald McDonald acknowledges the nomination as a win for all of TSU. "This is not just a band accolade, but a university-wide accomplishment.”

Tennessee State also held the first-ever FBI Collegiate Academy in November. The academy gave 21 students an in-depth opportunity to learn about careers with the FBI.

On the event, Dr. Robbie Melton, interim provost and vice president for academic affairs, said,  “You couldn’t have selected a better place for the inaugural academy. This is a great opportunity for our students to have first-hand communication, first-hand glimpse into the FBI…coming here to TSU is not only a win-win, it is an opportunity for us to help move our students forward.”

The family of acclaimed film director Spike Lee was recently honored at Spelman College, where his mother and grandmother are alumni.

Spelman’s Admissions Office was renamed in honor of Lee’s grandmother, Zimmie Reatha Shelton (class of 1929), and mother, Jacquelyn Shelton Lee (class of 1954). Lee and his wife attended the ceremony along with Spelman College President Helene Gayle, faculty, staff and students.

“This is an honor that I’m here with Tonya, and it’s a great moment for the Lee family,” said Lee.

Lee also acknowledged his 1988 film “School Daze” as playing an important role in young Black people wanting to attend HBCUs. “Even to this day, people come up to me and say that film changed their life.”