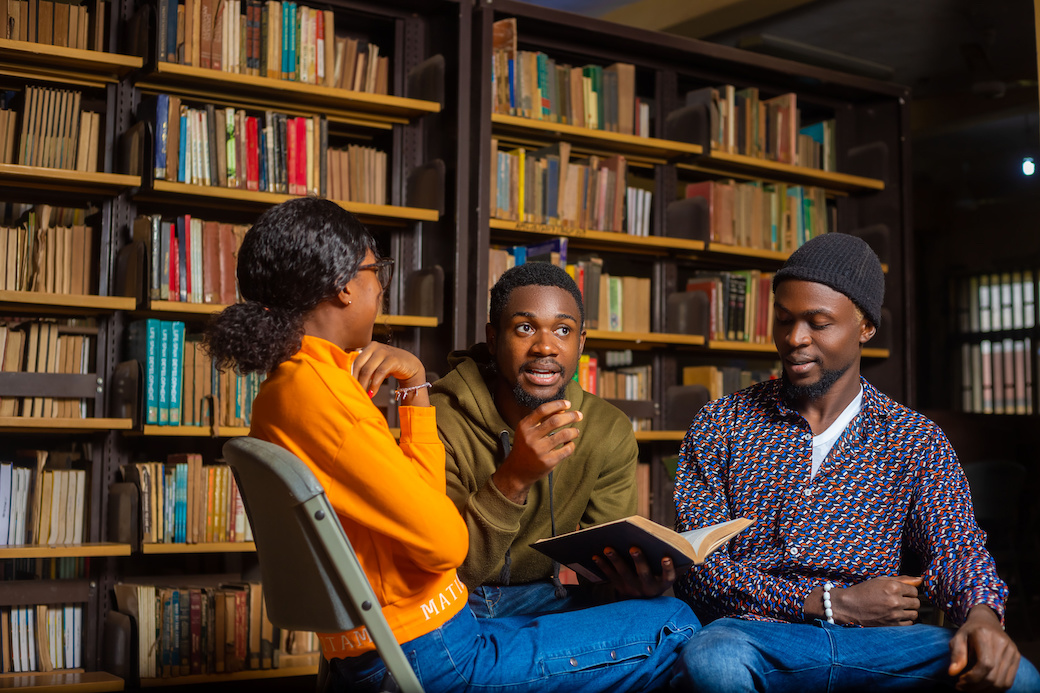 This month’s roundup looks at students suing their state over equal funding, a trailblazing HBCU president stepping down, and a 12-year-old making history in his state while claiming his rightful spot at an HBCU.

Martin University agreed to cut tuition nearly in half and erase up to $10,000 in debt for qualifying students in an effort to make college more affordable and accessible.

“We believe that every Hoosier has a right to an affordable college education,” said Sean Huddleston, president of Martin University. “But we also know that making a student loan payment, even while enjoying a career, can interrupt one’s ability to achieve their financial goals and fully engage in the economic vitality of our city and state.”

Leaders of the small private school on the near northeast side of Indianapolis said the initiative, called the Reset to Reemerge Campaign, marked a historic moment for the institution, its students and the city.

Leaders at Morgan State University are also working hard to address increased demand. They recently announced plans to build a new residential tower to house more than 600 students, a necessity for one of the fastest-growing schools in the region.

Elsewhere, a new study by Lavar Edmonds, a graduate student in the economics of education at Stanford University, finds that Black students in North Carolina public schools do better in mathematics when their teachers were educated at an HBCU.

Edmonds found that both Black and white HBCU-trained teachers are more effective with Black students than their same-race, non-HBCU-trained peers.

The board of trustees of Livingstone College in Salisbury, N.C., voted unanimously to name Anthony J. Davis as the 13th president of the college. He succeeds Jimmy R. Jenkins Sr., who has led the college for the past 16 years.

Meanwhile, Bethune-Cookman University (B-CU) is proud to announce that historian and storyteller Dr. Crystal A. deGregory has been appointed as the Director of the Bethune Center for the Study of Women and Girls.

“Mary McLeod Bethune’s legacy looms large over American life and culture, and nowhere is it larger than in the perpetuity of Bethune-Cookman University,” said Dr. deGregory. “This Center, and especially its focus on women and girls, is one more example of the enduring nature of her faithful witness.”

And speaking of newly created programs, U.S. Navy Recruiting Outreach and Diversity has announced the establishment of the “Divine Nine” Ambassador program to build stronger relationships with students, faculty, administration and alumni at Historically Black Colleges and Universities. As part of the new program, the Navy has appointed 19 Active-duty Officers and Reservists – most of whom are HBCU graduates with “Divine Nine” affiliations – to serve as ambassadors. The ambassadors will attend events at HBCUs to establish deeper connections with current “Divine Nine” members and share information about the exceptional Navy career opportunities available to HBCU graduates.

“It allows us to expand further on our mission, which is to serve all communities, with particular regard to communities of color, which are too often left out of research,” Bruce Jones, vice-president of research at Howard University, told Axios.

Pepperdine University is partnering with Tuskegee University to create an accelerated degree program that lets Tuskegee students attend their first year of law school at Pepperdine after finishing their junior year at Tuskegee. This arrangement makes it possible for students to earn a bachelor’s degree followed by a juris doctor in six years instead of seven.

Utah State University and Fort Valley State University have signed a memorandum of understanding (MOU) establishing a framework for the two land-grant institutions to collaborate and cooperate on activities of mutual interest. The universities announced the five-year agreement on Oct. 28.

“Utah State University is excited to collaborate with Fort Valley State University as we formalize this agreement,” said USU President Noelle E. Cockett. “We anticipate this being a very fruitful and rewarding relationship, with both institutions reaping benefits. Most importantly, people of diverse backgrounds, cultures and experiences will become true and lasting friends.”

The MOU furthers the development of research collaboration, educational program development, student support and involvement services. It also aims to maintain and promote channels of cooperation and communication, faculty and student exchanges and collaborative training of students.

A bus driving students from a historically Black college to an economic conference was likely targeted when it was pulled over and searched, the university’s president said. Eighteen students of Shaw University in Raleigh, N.C., and two staff advisers were on their way to the Center for Financial Advancement Conference in Atlanta on Oct. 5 when the bus was pulled over for a minor traffic violation in Spartanburg County, S.C., said Shaw University President Dr. Paulette Dillard. Nothing illegal was found in the search and the driver was issued a ticket for “improper lane use” after allegedly swerving while driving. Police dispute the claim.

Meanwhile, HBCU Caucus Co-Chairs urge the FBI and the Department of Justice to help protect HBCUs from recent bomb threats. The members wrote, “As you know, at least 57 bomb threats have been made to HBCUs across the country. Notably, Howard University has received eight bomb threats, including two recently within the same week. Bomb threats should not be a normal part of the campus experience.”

Since January 2022, approximately one-third of all HBCUs in the United States experienced bomb threats.

One Star Gives Back While Another Returns Home

Michael B. Jordan surprised students at three different HBCUs with paid lunches, tuition grants and a Q&A session ahead of the film release for “Creed III.” The actor recognized the lucky students for embracing the importance of HBCUs during the virtual world premiere and Q&A for the film.

“I feel like college in general, as you know, I never went, but you know, obviously, my family and friends and just understanding what HBCU culture does to incubate Black excellence and how we square it, it’s nurtured, grown, and developed [sic],” said Jordan, according to The Nerds of Color.

And, sadly, a media king has been laid to rest. HBCU media pioneer Eric Moore died last month. Though his colleagues and friends knew that he had been battling health issues for more than a year, his passing in Raleigh, N.C., still shocked many people.

Moore was a consummate professional and media expert who, for more than three decades, worked for, served the interests of and covered athletic programs and conferences throughout the country, especially at HBCUs. His website debuted in 1995 and was the first major outlet dedicated to comprehensive coverage of HBCU sports. In many ways it helped birth the explosion of HBCU coverage that now dots the internet.