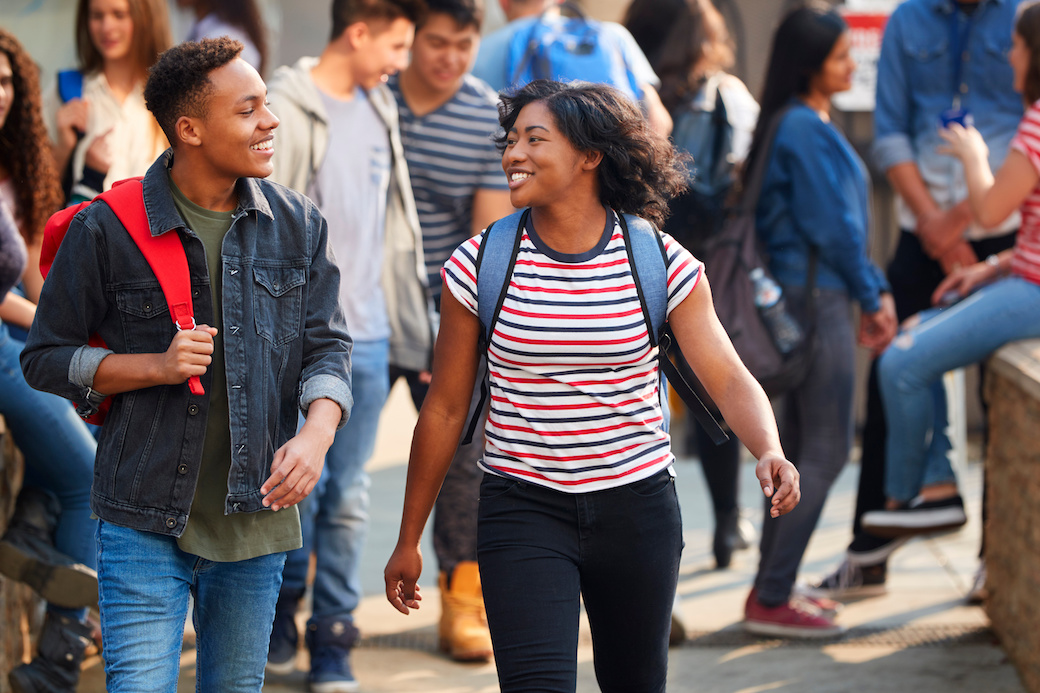 This month’s roundup looks at students suing their state over equal funding, a trailblazing HBCU president stepping down, and a 12-year-old making history in his state while claiming his rightful spot at an HBCU.

Students at Florida A&M University are suing their state for not adequately funding the Tallahassee HBCU. According to CBS News, on Sept. 22, a 22-page class-action lawsuit was filed in a Florida federal court, accusing the State of Florida and the Florida Board of Governors of decades of underfunding.

The lawsuit alleges that because Florida A&M University and the University of Florida are both land-grant universities, both institutions should receive equal per-student funding. However, according to CBS News, the lawsuit argues “state leaders have created a $1.3 billion funding gap.”

“I applaud (the American Council on Education) and the Carnegie Foundation for the bold steps they have taken to advance the Carnegie Classification system, and I look forward to joining my fellow college and university leaders in reimagining its future,” said President Wilson.

Over the next 12 to 18 months, two groups of experts will work to prepare the release of the new Classifications in 2024. President Wilson’s roundtable will commence its work in November.

Morgan State is also one of 19 colleges and universities to have been named Fulbright Historically Black College and University (HBCU) Institutional Leaders for 2022 by the U.S. Department of State’s Bureau of Educational and Cultural Affairs (ECA).

There will be a Fulbright HBCU Virtual Workshop – open to all higher ed professionals – on Nov. 3 to show how HBCUs can leverage Fulbright Program engagement to support students and faculty, increase campus internationalization, and build global networks.

Fisk University may not be recognized on the Fulbright list, but their efforts should be highlighted. For the last two years, college enrollment numbers have been down, but Fisk is touting its largest increase in freshmen enrollment in more than 40 years. The University also proudly states that they’ve helped offset financial burdens for low-income students from underrepresented communities.

“In 2017, the total student body was 630 students and this fall, Fisk exceeded 1,050 students with an incoming class of just under 400 students,” a news release stated.

In fact, a recent PBS report stated applications are up nearly 30% at many HBCUs. The institutions are increasingly becoming the first choice for some of the most sought-after students.

“There were a lot of people, after being on Zoom for two years, saying, ‘I need to be connected with people,’” said Dr. Walter M. Kimbrough, who served as president of Dillard College from 2012 until last spring. And after the murder of George Floyd “there was a new racial consciousness” and attention to HBCUs as places where students and parents could feel supported and safe, he said.

While students are transferring to and enrolling at HBCUs in record numbers, more eyes are on the list that highlights the bragging rights over rankings. The 2022-2023 top 5 best HBCUs have been named. For these rankings, HBCUs were solely compared with one another and to be included, an institution must presently be designated by the U.S. Department of Education as a Historically Black College or University.

Spelman College topped the list, followed by Howard University. Tuskegee University, Morehouse College and Xavier University of Louisiana round out the top five.

The life and accomplishments of Dr. Norman Francis, who served as Xavier University’s president for 47 years, is the subject of a new documentary. Francis has a long list of accomplishments and awards, including the Presidential Medal of Freedom, attesting to his leadership.

Basketball legend Earvin “Magic” Johnson Jr. described Francis as “not just an American icon. He’s an American treasure.” The documentary aired on WYES-TV and on the station’s YouTube channel.

Dr. Cynthia Warrick, Stillman College's first female president, will retire after leading the historically Black college for five years. Her retirement will go into effect at the end of her current contract on June 30, 2023. She was named Stillman's seventh president in April 2017.

"I really came here as an interim and didn't expect to be here this long,” said Warrick. “But you know, the job called me, God called me and we were able to accomplish miracles... I'm ready to pass the torch on to the next person to take up the race."

Warrick, 68, said she is choosing to retire because she wants to relax and spend more time with her family, which includes grandchildren.

In May, IBM announced it was launching Cybersecurity Leadership Centers at six HBCUs, with the eventual goal of having centers at 20 HBCUs in order to build a more diverse cyber workforce in the U.S. Last month, IBM announced it had officially achieved that goal, announcing 14 new HBCU partners for the multi-year program.

The Plug reported that IBM did not envision a program where they instructed HBCUs on what to do and how to use funds, but were more focused on figuring out how to work together.

“We really wanted this to be a partnership, collaboration, where we said to them, ‘There are a variety of things that IBM can do with you. What is it that’s going to be valuable to you?’ Let’s talk about how we build something together and do this over time and do it in a way that it’s valuable for you, that it’s valuable for your faculty and your students,” said Lydia Logan, Vice President of Global Education and Workforce Development at IBM.

From connecting more students to on-the-job STEM training to getting the state of Missouri plugged into highlighting HBCUs, “Show-Me State” celebrated Historically Black Colleges and Universities during its first-ever HBCU Week. Gov. Mike Parson signed Senate bill 718 into law in June, which established the third week in September as HBCU Week.

As part of the celebration, Lincoln University held multiple events during the week to honor LU's role as an HBCU and its founders, the 62nd and 65th United States Colored Infantries.

A 12-year-old genius from Oklahoma City is making history by becoming the youngest Black student to be accepted into college in Oklahoma. Elijah Muhammad is currently a high school senior in Prep One Collegiate Academy, a homeschool program run by his father.

Elijah has already obtained five different cyber security certifications in roughly three weeks, about three months sooner than expected. He wants to attend an HBCU for his bachelor’s, masters and doctoral degrees — something that runs in his family.

Elijah’s father echoed his son’s desires to be an HBCU graduate. “A hundred percent, he will be going to an HBCU walking in the legacy in his mom,” who recently earned her doctorate degree from Hampton University and currently serves as an assistant professor and director of operations at Langston University.

Despite the child’s brilliance, he says he spends roughly the same amount of time studying and having fun as other children his age.