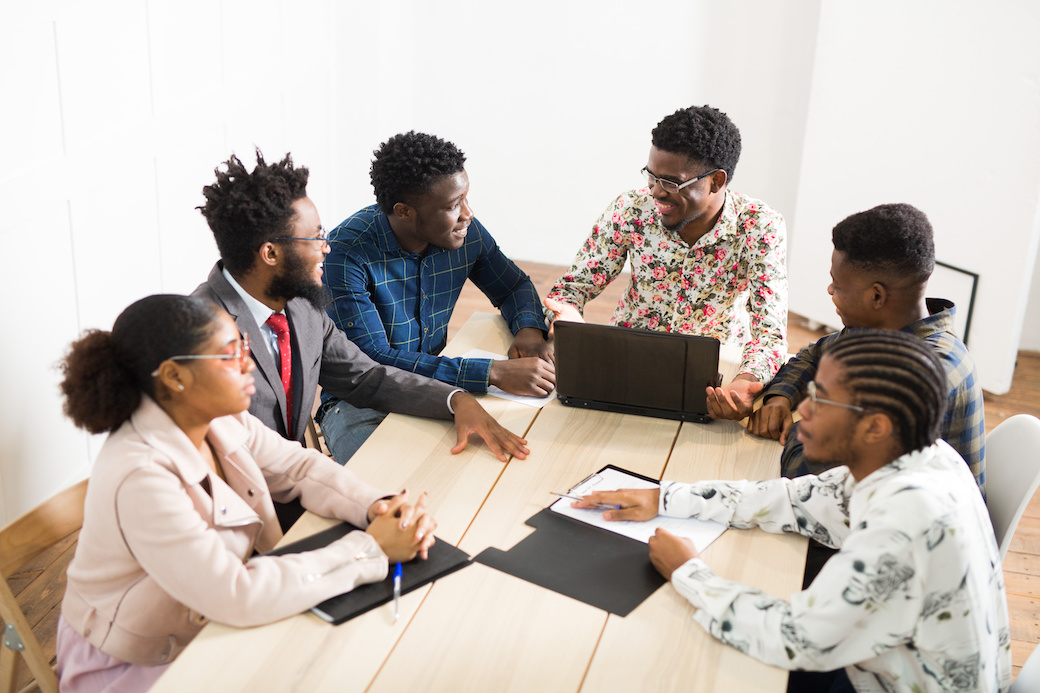 This month’s roundup looks at the far-reaching effects one Supreme Court ruling could have on students at HBCUs, how big stars are boosting schools’ credit ratings, and the impact a widespread appeal of Black art is having on galleries at HBCUs across the country.

According to the Washington Post, HBCU students will be disproportionately affected by the Supreme Court’s recent decision to overturn the landmark case that legalized abortion nationwide. The Post dug into the issue and highlighted the fact that almost three-quarters of HBCUs are in states that have banned or mostly banned abortions.

Research shows the decision can lead to serious economic challenges. As the Turnaway Study reveals, a woman who is denied an abortion faces an almost fourfold increase in the odds of her household falling below the poverty line. However, it’s worth noting that the decision is “also energizing student-led movements for more sexual wellness education and wider access to contraceptives on campus.”

Delaware State University has received $1 million to fund the Center for Urban Revitalization and Entrepreneurship (CURE) initiative. The center will promote entrepreneurship and community development in Central Dover in partnership with NCALL, a nonprofit organization that promotes affordable housing.

“We know that small business is deep in the fabric of this country – it provides jobs, builds communities, and promotes the ingenuity inside of every American,” said Delaware State University President Tony Allen. “Unlocking that talent is the key.”

Meanwhile, wealthy donors shifted the “mood” of Howard Univeristy’s bond rating after boosting the school’s credit rating in the municipal-bond market. Moody’s Investors Service upgraded the historically Black college capital one notch to Ba1 from Ba2 and revised its outlook to stable from negative. It’s the first upgrade for the school by Moody’s since 2004.

“It really brings awareness, not just in terms of Howard as a brand, as a top higher education institution in terms of ranking, but also its mission in terms of being one of the premier HBCUs in the country,” said Stephen Graham, Howard’s chief financial officer.

Howard saw a 21% increase in cash and investments in fiscal year 2021, totaling $880 million. Among top donors to the university was Sean “Diddy” Combs, who announced a $1 million donation at the BET Awards in late June. Two years ago, philanthropist MacKenzie Scott donated $40 million. Elizabeth City State University and Alabama State University both have benefited from pandemic aid and donations.

Congratulations are in order at Spelman College following the recent announcement of a $1 million donation from retired NBA-star Charles Barkley. Barkley already gifted donations to six other HBCUs, including Morehouse, Tuskegee University, Miles College in Alabama, Clark Atlanta and Alabama A&M. The donation is inspired by the daughter of his business partner who attends Spelman.

Basketball greats aren’t the only ones giving back to the community. Retired NFL legend Deion Sanders recently pledged half of his $300,000 salary to finish construction of Jackson State Univertsity’s football facility. He wants the construction to be finished in time for his players to enjoy using it this season. Sanders has also spent an undisclosed amount of his own money on several other projects related to the football operations facility.

One HBCU in North Carolina is expanding its reach to the West Coast by establishing the HBCU Urban Access Hub. St. Augustine’s University’s new program is an innovative collaboration with community colleges across the country to provide students with a pipeline to a four-year education where there is no HBCU.

“Expanding to Fresno, California, makes sense,” said Dr. Christine Johnson McPhail, President of Saint Augustine’s University. “I consider Fresno my second home. I graduated from Fresno City College and Fresno State University. So, this is my way of giving back to a place that has given me so much.”

Don’t call it a comeback, but art programs are gaining a stronger spotlight at several HBCUs. As The New York Times reports, “after decades of being underfunded, HBCUs see an opportunity to expand their offerings and foster a new generation of artists.”

Studio art programs are typically the most expensive for a university or college to run, which often leads to many institutions shrinking or cutting the programs. However, the recent appetite for Black American art has led to a commercial boom. A $15.3 million sale of North Carolina Central alum Ernie Barnes’s 1976 “Sugar Shack” at Christie’s is evidence; the painting sold for nearly 80 times more than the presale estimate.

HBCU museums are feeling the impact of this widespread appeal in the form of frequent requests for loans. “We actually turn down more loan requests than we accept,” said Dr. Lisa E. Farrington, an art historian and Howard alumna who served as associate dean of fine arts and director of the Howard University Gallery of Art.

And the world’s most famous mouse is giving back and boosting creativing at the Mecca in a big way. The Walt Disney Company has announced the launch of the Disney Storytellers Fund at the Cathy Hughes School of Communications and the Chadwick A. Boseman College of Fine Arts at Howard University. The goal is to support creative student projects and increase students’ marketability for future careers.

The Disney Storytellers Fund will provide stipends from $25,000 up to $60,000 to individual students or groups of students for projects focused on “storytelling” through a variety of media, including animation, gaming, journalism, virtual reality and more.

“The mission of journalism has not changed nor has the creativity of filmmakers, but the platforms to tell stories have changed significantly,” said Gracie Lawson-Borders, dean of the Cathy Hughes School of Communications. “The Disney Storytellers Fund lets today’s journalists and filmmakers use contemporary tools to do what pioneers like Ida B. Wells and Oscar Micheaux have always done – tell the stories that inform the public.”